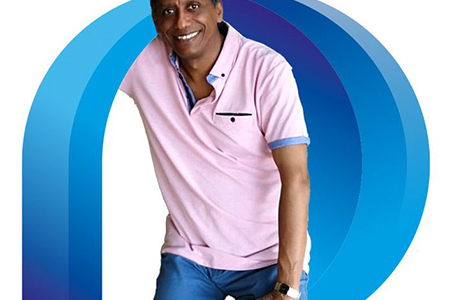 Launch of the Danny Faure Foundation

In celebration and in support of today’s World Oceans Day, the former President of the Republic of Seychelles, Mr. Danny Faure launched his Foundation- the Danny Faure Foundation.

Addressing the ceremony, President Faure stated that ‘it is our duty, each and every one of us, to protect our Ocean, the beating blue heart of our planet’. He announced that ‘the Foundation will be at the forefront of this noble undertaking to help fix the planet’.

President Faure further noted that the mission of the Foundation is to contribute towards the sustainable development of Seychelles and to join the global community in its efforts to achieve a more equitable, just, sustainable and healthy planet, for present and future generations.

The Foundation focuses on 5 pillars notably; the Ocean, the Blue Economy, Governance, Leadership and the Youth.

Guided by President Faure’s aspirations and principles, the Foundation seeks to promote ocean governance, promote the Blue Economy as the next frontier of sustainable development, promote good governance, accountability and transparency for sustainable development in Africa, promote effective leadership and gender equality in the coming generation of leaders in Africa and sensitize and encourage young Seychellois people to adopt positive lifestyles in shaping the country to its highest level of development, in the areas of education, health and environmental protection.

The Foundation will establish and build partnerships with local, regional and international institutions and organizations.

President Faure explained that through a network of volunteers and in collaboration with local and international institutions and organizations, the Foundation will develop programs for each of the 5 pillars. He further indicated that the Foundation will seek the support of local and international institutions and organizations to fund the various programs relevant to the pillars, and aims to attract and mobilize funds through its own activities.

The launching ceremony included the participation of the following invitees from key regional and international institutions and organizations who warmly welcomed the launching of the Foundation and extended their support to President Danny Faure in this new endeavor:

Also invited to speak at the launching ceremony was Ambassador Ronald Jumeau, former Permanent Representative (Ambassador) to the United Nations, former Ambassador to the United States and Ambassador for climate change, sustainable development, oceans and other SIDS issues.

In conclusion of his address, President Faure stated that ‘we are living in difficult times. The world is facing many challenges. Our Foundation will be here to help as best it can. If we all contribute in a small way, we can change the world for the better’.

The Danny Faure Foundation was launched virtually in respect of, and in compliance with, the public health measures enforced by the Government of Seychelles due to the ongoing COVID-19 pandemic. Members of the press were invited to the ceremony.