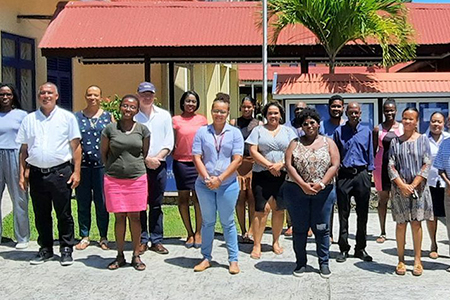 “Through this workshop the Foundation seeks to contribute towards promoting transparency, accountability and good governance” said the Executive Director of the Danny Faure Foundation, Lorraine Faure.

Participants of the workshop came from various local media outlets and included journalists who have many years of experience and those who are following the Diploma Course in Journalism at the University of Seychelles.

The Foundation has also launched a Media Awards for local journalists and media outlets who have demonstrated an understanding of and have contributed towards the promotion of transparency, accountability and good governance in their reports. This is one amongst a series of activities that the Danny Faure Foundation has launched in 2022 to further the promotion of its five pillars.