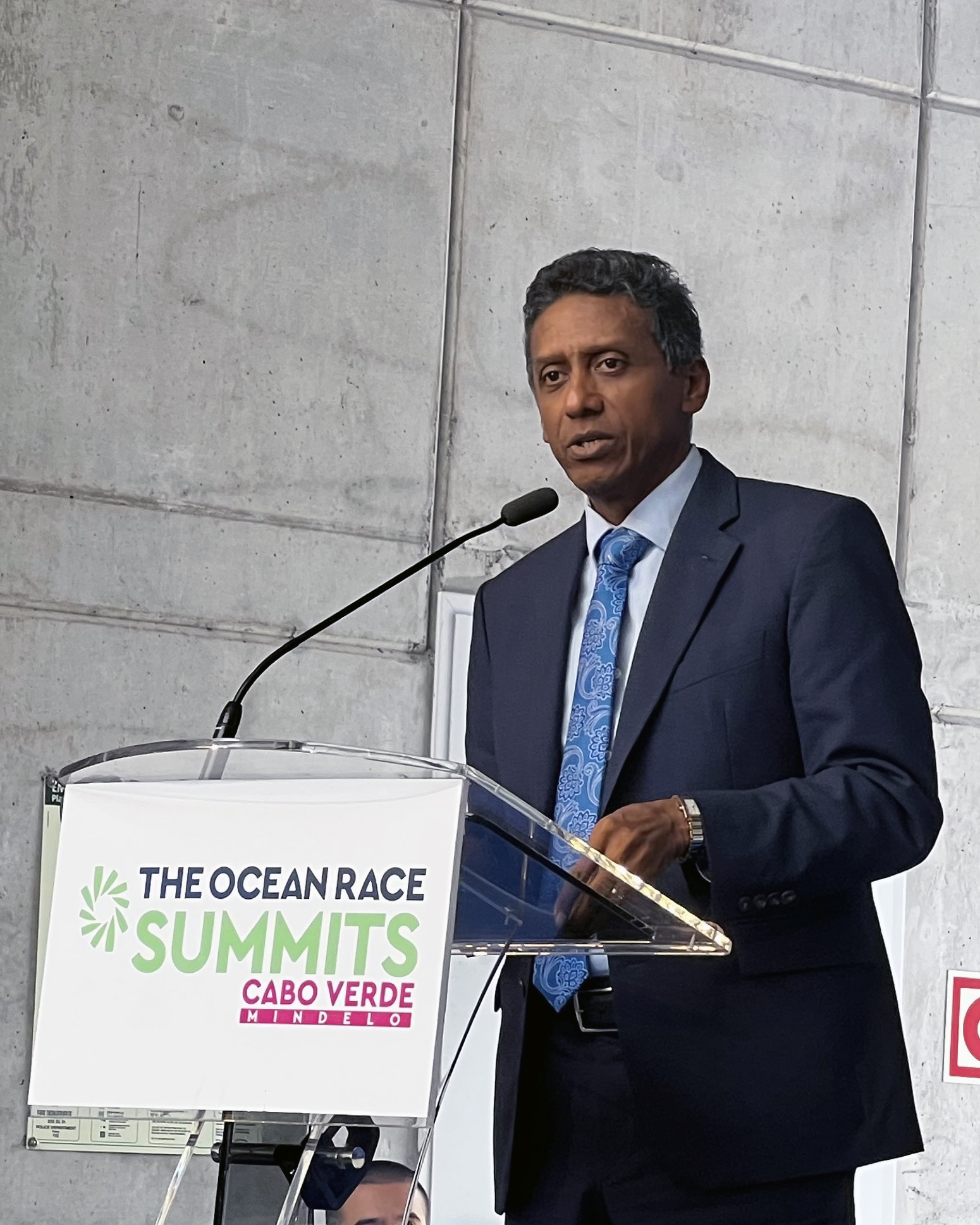 In his intervention, Former President Faure expressed his unrelenting support to The Ocean Race ‘…standing shoulder to shoulder with like-minded partners, furthering the cause to pursue a path leading to the adoption of a Universal Declaration of Ocean Rights!’. He reiterated that such a declaration could ‘complement all international efforts and processes that oversee marine-related human activities to maintain a sustainable equilibrium between conservation and sustainable development’.

Speaking of sustainable financing, he shared the experiences and achievements of Seychelles including the development of the blue economy, the sovereign blue bonds and the marine spatial planning exercise.

He equally spoke of the development of the Western Indian-Ocean-Resilience and Prosperity Initiative (WIO-RPI) by the Seychelles Government, in partnership with the Danny Faure Foundation, the Nairobi Convention and Nekton. The WIO-RPI is an ambitious new regional ocean strategy that aims to support sustainable ocean development, underpinned by science-based management and protection, and seeks to build resilience and create a sustainable blue economic plan underpinned by long-term sustainable financing to drive growth. All ten nations of the Western Indian ocean unanimously agreed to join this initiative in November 2021. Partnerships and financial support are currently being sought for its implementation.

The Summit explored whether recognising the inherent rights of the ocean could help to secure its future, shone a spotlight on sport and sustainability, and honed in on the role of sustainable finance, ocean science and literacy.

The Summit was organised by The Ocean Race, known as the world’s toughest test of a team in sport and an industry leader in sustainability, and hosted by the Government of Cabo Verde. The Ocean Race holds high-level summits with the objective to drive ocean action by encouraging decisions makers to develop policies that will protect and govern the seas.